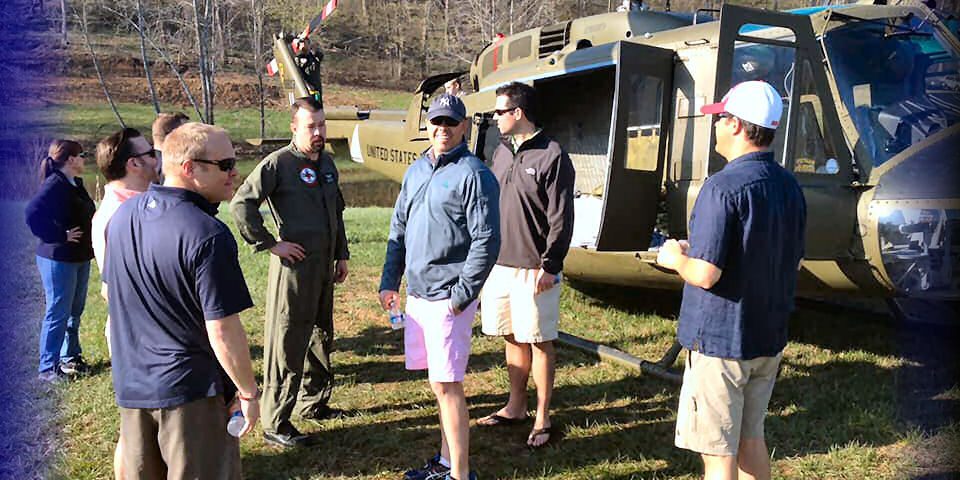 I can’t say it was ever the norm, but at the same time, it wasn’t unheard of to start a boys’ day out on the Kentucky Bourbon Trail with an hour or so at a gun range.
This was especially fitting for bachelors, birthdays, and father’s days.
For obvious reasons, this was never done after a distillery tour or drinking alcohol at all.
While many of the ranges we visited were excellent, climate-controlled, and indoor, I’ll not forget the day when my tour coordinator instructed me to take a group of bachelors to the most massive outdoor range in Kentucky.
Adjacent to Fort Knox, in western Bullitt County, I knew Knob Creek Gun Range pretty good.

As a young teen, my Civil Air Patrol buddies and I would visit KCGR on Saturdays for open paintball battles.
The range held special events and programs throughout the year but was usually open to walk-ins each weekend – even to novice shooters.
So I was comfortable driving the bus out Ky44, around the curves and up and down the hill that takes folks west from Shepherdsville.
Comfortable at least until I began to notice lots of traffic, which is unusual for this stretch of KY 44 in Bullitt County.
“Hm,” I wondered…
At about a mile out, I noticed many more vehicles – some of which were parked along the shoulder, with occupants exiting with big guns strapped to their shoulders and ammo cans in their hands.
“Hm,” I wondered again. “Is this machine gun shoot weekend?”
Once I turned left onto the gravel drive leading into the range, my wondering.
I could stick a fork in this…

Twice annually, Knob Creek Gun Range hosts the largest machine gun shoot in America.
And we just happened to show up during the fall meet.
The event attracts some 10,000 gun lovers from around the world.
Attendees can rent .50 caliber machine guns, flamethrowers, and other fun toys to blow off steam and blow up stuff.
Orientation rides on UH-1 “Huey” helicopters are even offered, for a nominal fee, of course.
Cars, trucks, and even full-size buses are brought from salvage yards and onto the main firing range for visitors to watch get rittled with lead and eventually turned into charred hulks of metal after getting hit with rocket-propelled grenades and other big boomers.
The night shoot is exceptionally popular due to dozens of shooters firing thousands of tracer rounds into the hill at the back of the range.
For a bachelor party to expect an innocent hour shooting at paper targets, however, this was neither the place nor the time.
I gave the boys a heads up that we’d arrived on a “very special weekend.”

What I didn’t disclose was the obvious failure on the part of our tour planner by not checking Knob Creek’s calendar, then selling these guys on a pleasant morning shooting off a few rounds at a normal gun range.
Motoring down the dusty gravel road into the event, we passed a lot of gun-toting folks, many of whom were wearing camouflage, outdated olive-drab fatigues, or even patches representing militias and other stuff.
One such patch, noticed by my passengers, was an emblem for a specific white nationalist group with a less-than-positive reputation.
Looking just the opposite, here I was pulling into this event with my trademark Panama hat, carting in a bus of bachelors looking like they’re headed to a golf course, with pink shorts, nice sunglasses, cute sandals, and polo shirts.
“Bob,” one guest garnered my attention. “I don’t think this is our crowd…”
Hoping to smooth things over and comfort the crew, I responded.
“Oh, it’s definitely not your type of crowd, but let’s give it a chance since we’re here.”
And they did just that.

I told them all about the special guns and other things available for rent at the event before I parked. To be sure things got off to a decent start, I tagged along with the group for a bit.
Playing escort to my fellas into a sea of camouflage and guns, the sights and sounds could not be ignored.
All sorts of explosions and shots rang out across the property.
There was a gun lovers flea market, a “jungle path” set up for shooters to test their skills, helicopter rides, and even a makeshift campground for overnighters.
What a break from the norm for us all – including myself!
Not exaggerating at all – on two separate occasions, fatigue-wearing attendees stopped and grabbed the attention of the person next to them, then took photos of the bachelors and me walking amongst that ocean of green and guns.
Yeh, we stood out like a bus-load of sore thumbs.
Feeling assured that the guys would be ok, and honestly having no more to offer as a guide, I split from the group so they could explore on their own, and hopefully shoot something, as our planner had promised them.
I browsed the event myself for a bit, before taking my out-of-place self to the bus for a break.

An hour passed.
I called Jim Beam’s American Still House in Clermont to let them know we’d be late for whatever tour or tasting we’d been scheduled for. I didn’t give them an ETA, since I had no clue how the day was going, or where we’d end up.
Another hour passed before someone from the group told me the bachelors had split into two different groups. Some were shooting .50 cal machine guns. Others were doing, who knows what but having fun, according to my informant.
What a relief that was to hear.
When the guys finally made it back to the bus, they had nothing but smiles on their faces.
What an experience this had been us all.
One bachelor, with a big grin on his face, told me he had spent hundreds of dollars on ammo to continue shooting some large-caliber gun he’d found for rent.
Others chattered about the crowd, but it was done with laughs and positivity.
Disaster avoided.

We turned a goof on the part of our planner, into an unexpected win and once in a lifetime experience for a dozen fellas visiting Kentucky for a bachelor’s weekend.
The bourbon tours and tastings that followed were, of course, good too. But the surprise at Knob Creek Gun Range is what stood out.
I told the planner about it a day later – a jab or two about what could have been done to avoid disappointment.
Then I thanked her for the opportunity she’d provided to shine by turning a potential wreck into a great experience like no other.
It was better than any itinerary could have planned for us.
Thanks again, Shannon. I’ll never forget the Surprise at Knob Creek.

*NOTE: Knob Creek, which flows west from Bullitt County and starts just a few miles from Jim Beam’s main operation at Clermont, is not the namesake for its Knob Creek Bourbon.
Instead, the whiskey is named for the LaRue County stream, where Abe Lincoln spent a bit of his early childhood – at the site of the Lincolns Tavern, just outside of Athertonville, Ky.